Our Benefactor – The Birla Family

From a mere surname Birla, the name has morphed into a known global brand, “the Birla”. Across India, “the Birla” is often used in as a colloquial term in households to signify lasting prosperity. Today, almost two hundred years after the beginning of the Birla legacy, four generations of family leadership have built the legendary Birla name. The journey from being a proper noun to an adjective was highly eventful, managed through sheer grit and determination to build a lasting legacy based on a strong foundation. 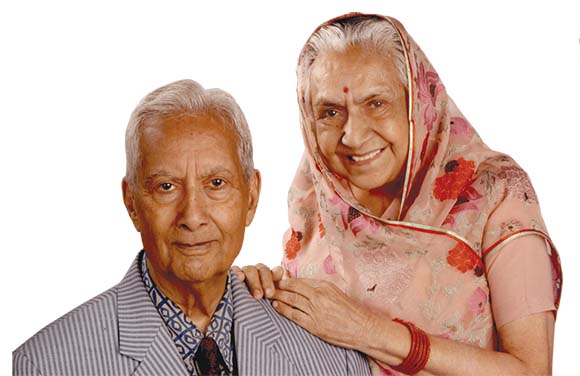 On 9th July 1918, Mr. Ghanashyam Das Birla (1894-1983), a noted philanthropist, freedom fighter, recipient of “Padma Vibhusan” (the second highest Indian civilian honor) and one of the closest associates of Mahatma Gandhi, established Birla Brothers and under its aegis set up jute brokerage firm and jute mills in West Bengal and thus laid the foundation for the beginning of the Birla industrial group. Mr. Basant Kumar Birla is the youngest son of Mr. G.D. Birla, born on 16th February 1921.

On 18th March 1936 at 15 years of young age, his business training started in the offices of Birla Jute Mill, Kesoram Cotton Mills and Bharat Sugar Mill.

His first independent venture was Kumar Chemicals which he started on 15th July 1936. On 23rd August 1940 he became the Chairman of Kesoram Industries.

In the next two decades, he set up many companies including Bharat Air, (which was later nationalized and merged with Indian Airlines on 9th August 1953). Thereafter he started Bharat Commerce and Industries Ltd. Jay Shree Tea & Industries Ltd & Century Enka Ltd., and acquired Manjushree Plantations Ltd. Century Textiles etc. His group of companies included textile, cement, tea and chemical plants.

In 1959, he established the Indo Ethiopian Textiles Shares Company, which was the first major venture by any Indian industrialist. Thus, the family business became one of India’s first truly multinational corporations.

In 30th April of 1942, Mr. Basant Kumar Birla married Madam Sarala (1923-2015), the daughter of freedom fighter Mr. Brij Lal Biyani. She came from a very emancipated family and was very well educated. She studied at Fergusson College and was an active sportsperson of repute especially in ‘Kho-kho’ and badminton. The union of Mr. Basant Kumar Birla and Madam Sarala Birla became a partnership that shaped the dynamics of the BK Birla group. The foundation they laid, based on strong Asian family values, enabled future generations to bring the Birla legacy to greater heights.

While Mr. GD Birla (1894-1983) was known as cautious, Mr. Basant Kumar Birla’s management style is pragmatic, based on simplicity, devoid of any traces of flamboyance whatsoever; it underscored strict personal discipline, trust & punctuality with an eye for detail. He excelled in an era when socialism was in fashion, profit was a dirty word and private enterprises were frowned upon. Everything from raw material to market was controlled by the state. Achieving business growth & excellence in this kind of environment was simply a tall order of the day.

Mr. Basant K Birla is the Chairman of the Birla Education Trust, Shree Krishnarpan Charity Trust, BK Birla Institute of Engineering & Technology (BKBIET), and various educational trusts and institutes. Madam Sarala had pioneered girl education and was actively involved in running of several schools in different parts of the country till her demise. They established more than 30 leading educational institutions that impart education to more than 50,000 students in India and abroad.

He was ardent lover of art, music, literature and photography. In this context he started two institutions viz. Sangit Kala Mandir and Birla Academy of Art & Culture. While Birla Academy boasts of his love of visual art, his creation of the Sangeet Kala Mandir Trust is evidence of his deep devotion to the fine arts, drama, spiritual discourses and music.

His contributions to philanthropy have manifested themselves through the many temples, rest houses for pilgrims and wedding halls that he has set up.

Legacies will credit Mr. B K Birla for his extensive philanthropic contributions, simplicity, grit, sheer determination and his achievement of success against heavy odds faced.

Today, while Mr. Basant Kumar Birla is the Chairman of the group; Mrs. Manjushree Khaitan as the Executive Vice Chairperson of Kesoram Industries Ltd. manages the business affairs aided by a team of trusted professionals. She ably carries forward the BK Birla group mission of adding value to stakeholders namely customers, shareholders & society with integrity, commitment, zeal, seamlessness and speed.